LMD ScriptPack is a collection of native VCL components and classes that can be compiled into your application royalty free. This package enables Delphi/CBuilder applications to support active scripting languages installed in Windows Scripting Host (such as VB Script, JScript, etc). It provides the ability to run scripts from within your application and to share any application object inherited from TPersistent with the script interpreter engine. The TLMDScriptControl component allows to operate with Delphi objects, unit routines and variables in script, including reading and writing published properties, running methods, setting script procedures as event handlers etc. LMD ScriptPack allows to extend functionality of an application by external scripts - source code changes or to rebuild projects is not required! Since release 4 an integrated debugger for handling the supported script languages is included. Release 5 added VCL.NET support. Since Release 5.1 a native PascalScript implementation is available! 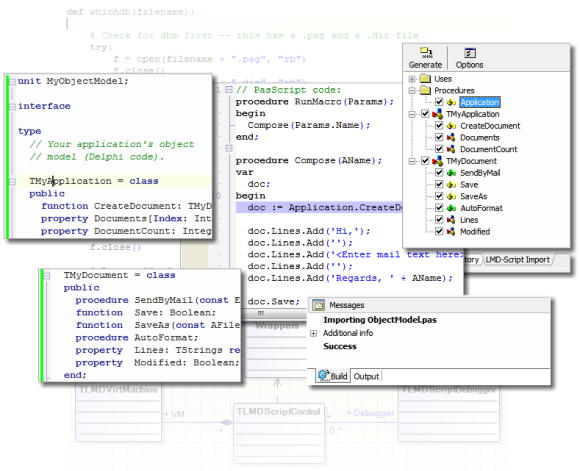 In Mapping project use of VCL controls, property data and events in scripts and vice versa is demonstrated. 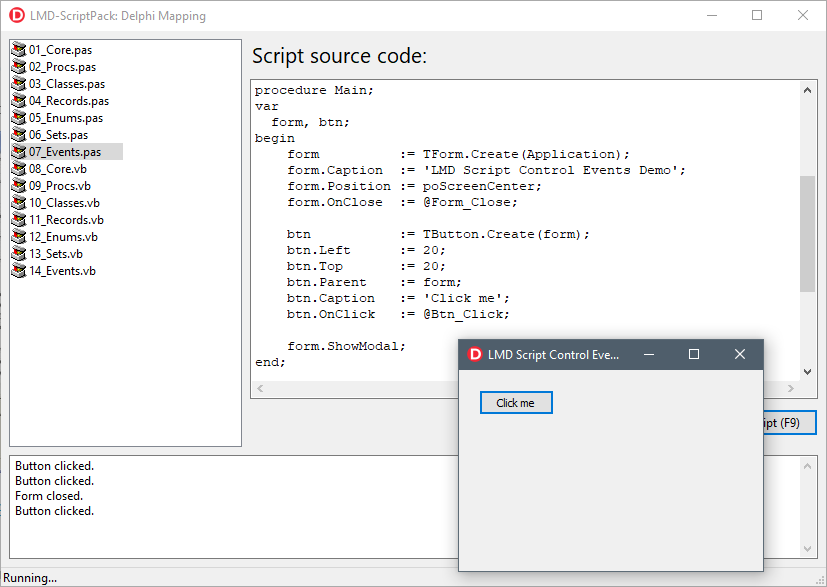 In the Scripted Notepad project the use of VCL controls and events at runtime is demonstrated. As example a small Notepad application is completely created from script (including dialogs, menu entries and so on) 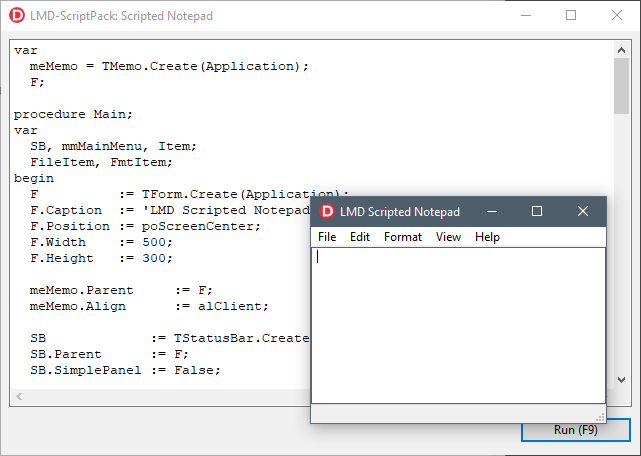 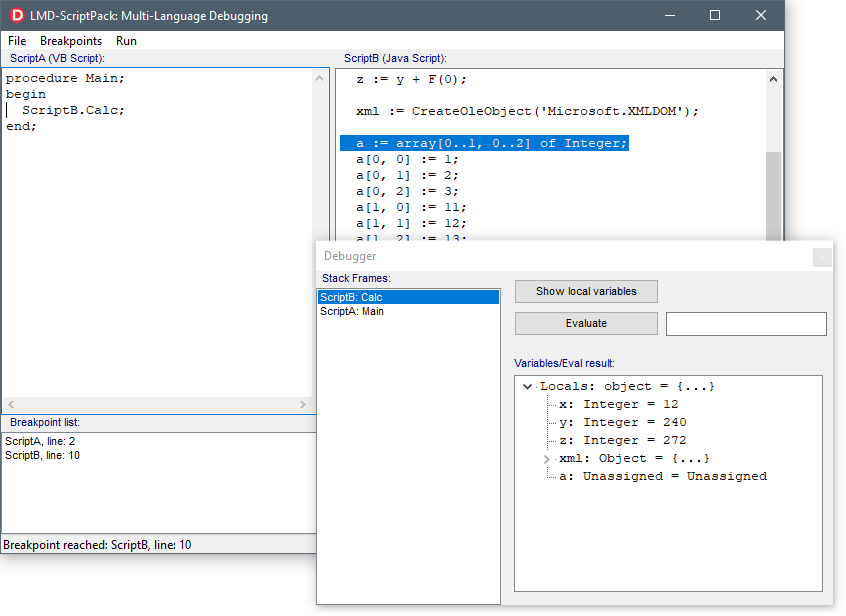 To use Delphi language constructs, such as classes, objects, global variables and procedures, in a script you have to import its enclosing unit, and then register this unit in the script execution environment using TLMDScriptControl.AddUnit method. LMD-ScriptPack provides the Importing Wizard that can be accessed from Delphi Tools menu. 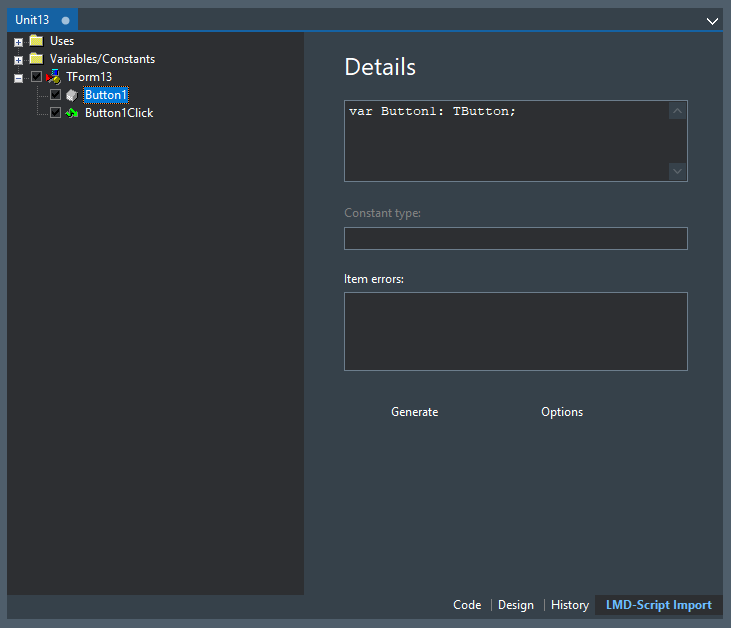